Yesterday I visited Gaudí’s Casa Milá, also known as ‘La Pedrera.’ I don’t exactly consider myself to be an architecture junkie, but I just LOVE Gaudí’s architecture-the shapes, the weirdness of it, and the whole Modernisme style in general…very cool! And this was a great place to see it, explore it, and sink my teeth into it a bit! So today I have a little bit about that……. 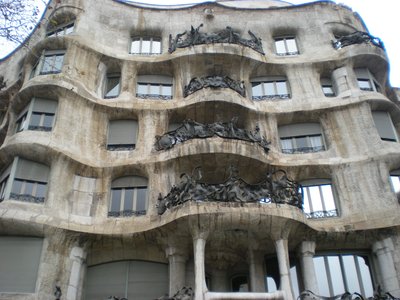 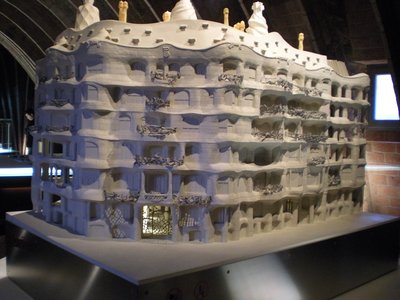 Here’s a picture from the actual façade of the building (and also a model of the whole building to give you a fuller view)…it is just smack in the middle of a main street in Barcelona, Passeig de Grácia. Love how it’s just like another building on the block! 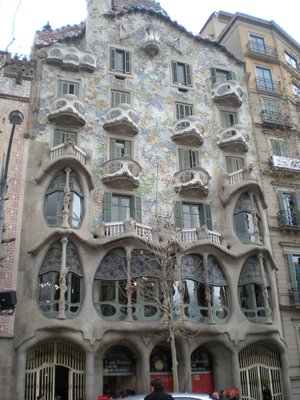 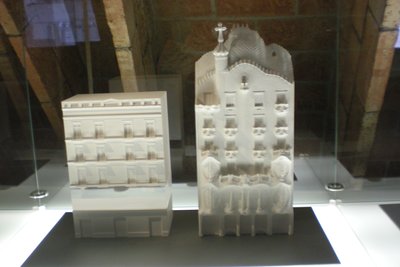 Here is another one of Gaudí’s buildings (on the same street), Casa Battló. The model in the picture shows the original building from which Gaudí created this masterpiece! It is so beautiful and mosaic—and neat that he transformed this little square building into such a masterpiece!

The best part about this building was definitely the rooftop, a sculpture garden with all sorts of eerie, curvy structures, some of which resemble human faces! The views were also great!!! Here are some pics from the roof and the views it has to offer…. 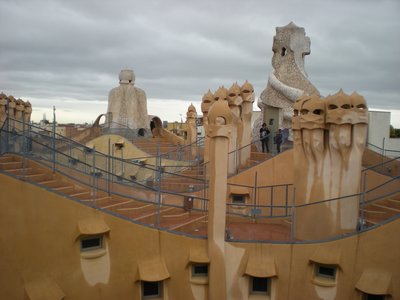 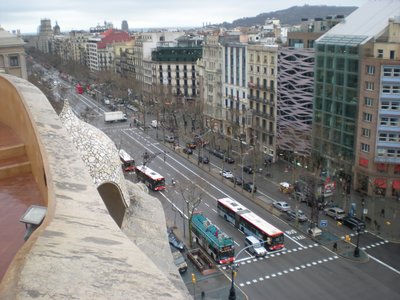 View of Passeig de Gracia from the Rooftop! 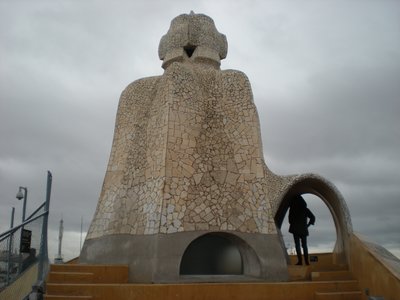 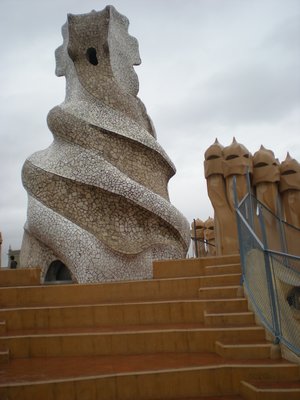 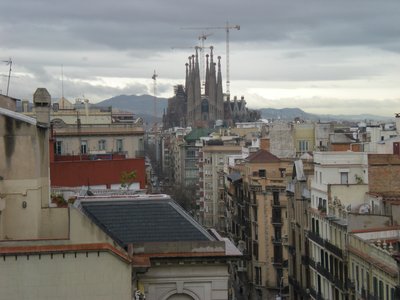 The building, built around 1910, was originally a ‘modern ’ apartment building, so part of it is set up as an old apartment building from the time of its creation. The pictures are kind of boring (just old fashioned looking rooms), but it was very cool to see! I’ll just show you one pic, because it is the sewing room and has an old Singer sewing machine in it (just like Nonna’s!!)… 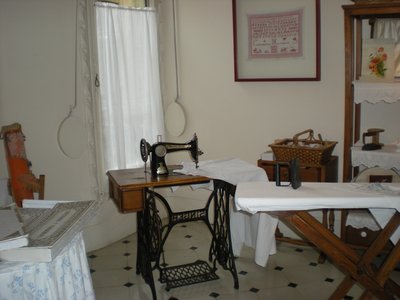 One of my program directors (a fellow tea drinker!) recommended this small chai café to me a few days ago, called ‘Caj Chai’. I had searched for it twice, and finally I found it yesterday—secret gem! I love love love loveee it! First of all, it is totally off the beaten path, like down an alley way, hole in the wall, so there are no tourists or passersby that just stop in. It has a fantastic, mellow ambience with comfy chairs and local artwork and a really nice barista. And more importantly, they have incredible homemade chai!!! Plus like a million other types of teas to choose from, from oolong to green to rooibus..everything. and a ton of international pastries that I can’t wait to try! Visitors: I am definitely taking you here!

A (kind of long)note on my progress with speaking Spanish….it is going well, but it has also been one of my only sources of frustration. Pretty much all American students speak in English, and I often resort to doing the same when I am around Americans (unless it’s Kristina because I know she understands Spanish). Especially out at night or while booking travel plans- it sometimes just seems out of place (ironically) or unrealistic to work out the words in Spanish when the phrase can easily be said in English. That being said…I have been brainstorming and testing a few ways to really get in quality practice and increase my exposure! When I am at home I spend most of my time reading my Spanish novel aloud (El Alchimista!!) or studying grammer and vocab. And I’ve begun to read a few articles a day in the Spanish newspaper (I just started yesterday!). Also, I made several ‘intercambio’ dates with Spanish students (to practice conversational Spanish/English and meet locals) for this weekend, so hopefully those will go really well! It has been at the top of my to-do list since before I left for Spain, so I’m really excited to follow through and give it a go! And one more thing, I have this idea to phase in ‘no English’ days, where I literally don’t speak a word of English. (I originally figured this would be a ‘no english’ semester!) Well today I wanted to give it a whirl-----> failure! Next time I will be more serious about it! Maybe this weekend! Anyway, if anyone has some suggestions, I am all ears!

They have a building just like La Pedrera in manhattan. It must be a copy --- its right near the Rainforest Alliance office. I always thought it was such a funny, modern design. Who knew it was Gaudi?

p.s. i think the "no english" days is a great idea. muy bien!

The buildings and architecture are amazing!! Great pictures Mikey!!